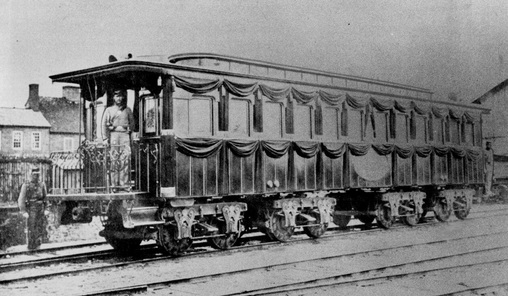 The title "Veteran Reserve Corps" was substituted for that of "Invalid Corps" by General Order No. 111, dated March 18, 1864. The men serving in the Veteran Reserve Corps were organized into two battalions; the First Battalion including those whose disabilities were comparatively slight and who were still able to handle a musket and do some marching, also to perform guard or provost duty. The Second Battalion was made up of men whose disabilities were more serious, who had perhaps lost limbs or suffered some other grave injury. These later were commonly employed as cooks, orderlies, nurses, or guards in public buildings.

There were twenty-four regiments in the Corps. These regiments were organized into one division and three brigades. In the beginning, each regiment was made up of six companies of the First Battalion and four of the Second Battalion, but in the latter part of the war, this method of organization was not strictly adhered to. The 18th Regiment, for example, which rendered exceptionally good service in Virginia at Belle Plain, Port Royal, and White House Landing in the spring and early summer of 1864, and in or near Washington DC in the latter part of the summer and through the fall of that year, was made up of only six Second Battalion companies.
​
There were from two to three times as many men in the First Battalion as in the Second, and the soldiers in the First Battalion performed a wide variety of duties. They furnished guards for the Union prison camps at Johnson's Island, Ohio, Elmira, New York, Point Lookout, Maryland, and elsewhere. They furnished details to the provost marshals to arrest bounty jumpers and to enforce the draft. They escorted substitutes, recruits, and prisoners to and from the front. They guarded railroads, did patrol duty in Washington DC, and even manned the defenses of the city during Jubal Early’s raid against Fort Stevens in July 1864.
During the war, more than 60,000 men served in the Corps in the Union army; several thousand also served in a Confederate counterpart, although it was never officially organized into actual battalions. The Federal corps was disbanded in 1866 following the close of the Civil War and the lessening of a need for reserve troops.